Apostolos qualified from the National and Kapodistrian University of Athens in 1996. After working as a dental surgeon in the Greek Air Force he moved to the UK and worked as a general dentist in East Anglia before pursuing his passion in Endodonticis. Apostolos gained his MSc in Endodontics fro King’s College London Dental Institute in 2003.

What does a Endodontist do?

Endodontists are dentists who specialize in maintaining teeth through endodontic or root canal therapy. Endodontists receive extensive training in this area, during the two to three year Postgraduate training programme. All dentists are trained in the diagnosis and endodontic therapy however, there may be occasions where the dentist may feel it is necessary to refer you to an endodontist for root canal treatment due to the difficulty in diagnosis or the complexity of the treatment necessary. In such cases the overall success of root canal treatment may be more predictable in the hands of an endodontist.

Endodontic treatment involves opening the tooth, removing the damaged pulp, cleaning, shaping, filling and sealing the tooth. After a local anaesthetic has been given, the tooth is isolated with a sheet of latex known as rubber dam (non latex ones are available), to provide a clean and saliva-free environment in which to carry out the treatment. Root canal treatment may be done in single or multiple visits depending on the degree of inflammation and the complexity of the tooth. In between treatment appointments, medicaments may be placed within the canals and the tooth is covered with a temporary filling.

Endodontic treatment is usually carried out under high magnification and often x-rays are taken to determine the length of the root and to monitor the various treatment stages. Endodontic treatment has a very high degree of success rate of up to 90% allowing the tooth to remain in function. On occasions, despite good care, the endodontic treatment may be unsuccessful and the tooth may not heal as expected. In most cases there are other options and these will be discussed with you.

Endodontic treatment can fail for a number of reasons, this may happen shortly after the treatment has been performed or even years following the treatment. In these cases it may be possible to carry out the treatment again, a procedure called endodontic retreatment. This is usually more complicated than initial root canal treatment and involves removal of the existing root filling material from the root canals before they can be instrumented, cleaned and filled again. 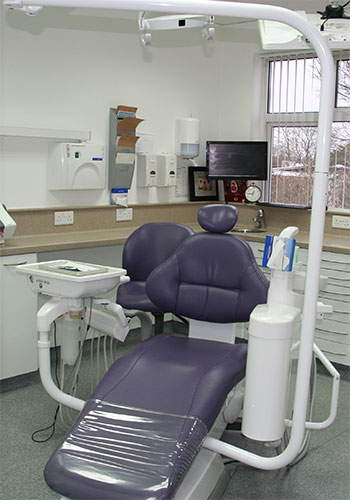